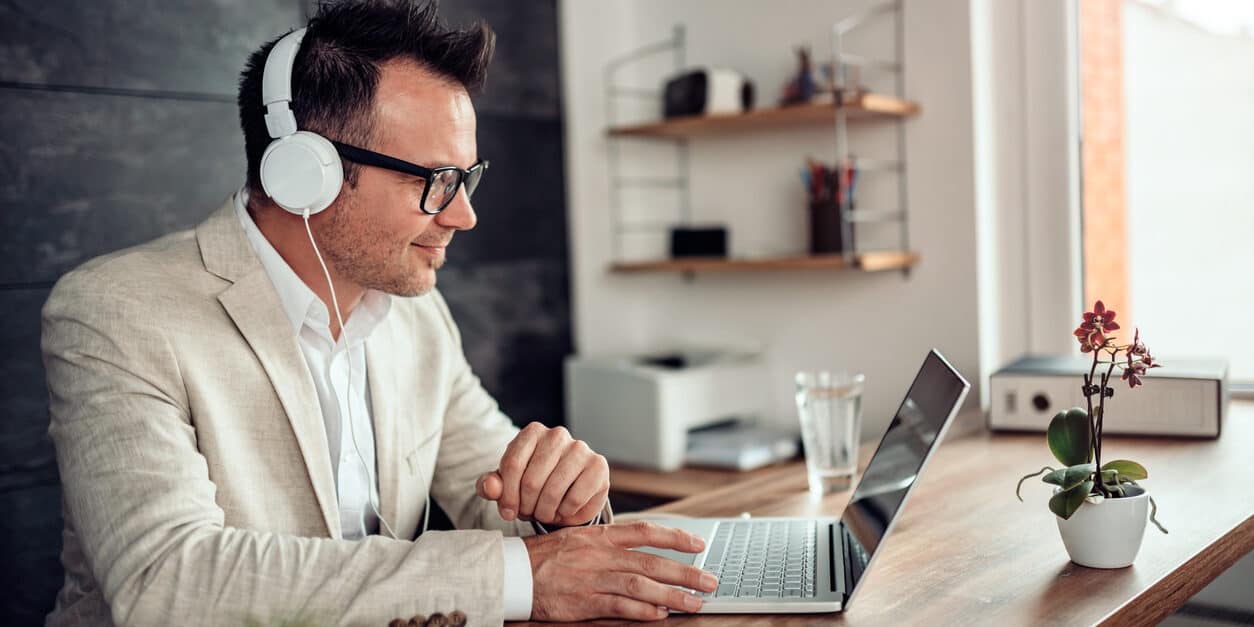 However, while many claim significant benefits from music, another group of workers claims it is not helpful. Music is an unnecessary distraction to this group and one that leads to less productivity and poor performance. Who is right?

While there has been plenty of research into the topic of music in the workplace, not every study is definitive in either its support or disdain for the practice. For most researchers, the suggestion seems to be that music’s positive effects depend on the worker, the employer, and the tasks.

The remainder of this article will focus on the history of music in the workplace, how music can affect mood, and how perception and personality may play a role in the positive effects of music during the work process. Ultimately, you can weigh the facts and determine if music is beneficial to you or not worth the potential risk to output.

The History of Music in the Workplace

There is some historical evidence to suggest that listening to songs while working is beneficial. During World War II, after 10,000 British troops were captured in Normandy, BBC was asked to help support the troops. The radio station and the UK Government instituted the “Music While You Work” program, which broadcasts upbeat music to factories twice a day. These factories were instrumental in manufacturing munitions for the war front. According to letters to the BBC from factory managers, the music worked like a charm. Many supervisors claimed that output raised 12-15% the hour or two following the radio session.

Several decades later, there are several proponents for listening to music at work, with several companies broadcasting stations through the workplace and others permitting employees to use headphones. Unfortunately, the evidence still varies on the effectiveness of music while you work, with some people arguing that the output benefits experienced historically have nothing to do with music but rather mood and job satisfaction.

While there are many studies on productivity, there are limitations when reviewing productivity based on mood or interpreting the cause of the mood shift. To understand music’s potential benefits, it is worth considering the mood-altering effects of music and how tempo and song choice may make a difference in association with motivation and enthusiasm.

The Mood Altering Effects of Music

People listen to music because it affects their mood. You likely have a playlist you listen to when working out or trying to relax for the evening. Research and evidence suggest that music legitimately affects the brain, making people more engaged or disengaged depending on the music type or preference. For example, one person may find hip-hop energizing, while another individual will find it infuriating.

The key to working with music is finding the right balance between stimulating and overstimulating. A song or album needs to encourage focus without causing distraction. Therefore, you should make your song selection based on the task. If you perform a redundant and straightforward task, you can listen to a more complex piece of music because your brain does not require as much focus as a rudimentary task. However, if you are working on a complex task, like accounting, consider a calming and uncomplicated piece.

Although music’s mood-altering effects will vary from person-to-person, some individuals can perform complex tasks and calculations while listening to hard rock. Still, others require complete silence, which suggests that music is not the primary driver for productivity or motivation, but rather perception and focus are the crucial elements of mood and productivity.

Perception Is Crucial To Perceived Benefit

What value do you place on music? If you genuinely believe you will benefit from listening to music while you work, you may experience that exact benefit. Perception is a powerful motivator, regardless of research. If music makes you feel better and more relaxed, then you will probably find some advantage in listening to music while you work. However, a singular experience is not proof of concept.

However, even if you feel that job satisfaction and mood are more powerful drivers of productivity, isn’t music a potential contributor to each. People listen to music because it brightens their spirit, making them happier and more alert. Doesn’t that mean that those positive feelings will transfer to a rudimentary job or task? The UK would seem to argue that it does with its focus on manufacturing facilities during World War II. Regardless of the studies or historical data, there is no denying that music’s effects on your productivity depend strongly on your personality and preference.

Personality and Preference May Play a Significant Role

While some research suggests that music is better for tedious tasks than focused and meticulous work, the real answer to the effectiveness of music in the workplace depends on the individual. Music can lead to a positive and more focused work environment, but if the genre or song playing is not your favorite, it can lead to negative responses and low productivity.

Essentially, the effect of music depends on personal preference, personality and current mood. Sometimes people want to listen to music, but other times silence is golden. The fluctuation in mood and taste may suggest that mandatory listening is a bad idea. Therefore, a company may not want to play songs through the speaker system. Instead, a company may want to encourage or allow employees to use headphones.

If you allow employees to use headphones, then they have complete control over what they listen to. When people are given the freedom to choose, they also have greater job satisfaction and a more positive attitude toward work.

It isn’t easy to place every person into a music category because tastes are eclectic and varied. If you believe that music is beneficial to you, then focus on the songs that motivate you and do not distract you. For many people who find music helpful in the workplace, listening to simple songs provides the most benefit because they require less focus. However, when performing tedious tasks, a more complex and upbeat track may offer the right amount of energy and excitement to get through the day’s monotony. Ultimately, listening to music while you work is a personal choice and requires understanding individual preferences and responsibilities. For some, music provides the right bit of fun and enjoyment to make their workload more enjoyable, but for others, it is a distraction that inhibits their progress. The key to finding balance in your workday is to find what works for you personally.

We are here to help you enjoy building a career working from home.
Working from home enables you to enjoy life more while also creating more value for your business.